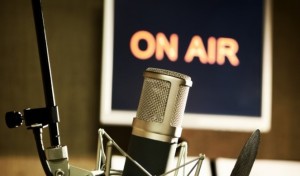 Legal and by the book mumbo jumbo has always resinated with me.  I like being in control, having the ability to plan for mistakes as well as having the time to fix them without being in emergency mode.  It drives me nuts when people don’t look at the long term affects when making decisions.  Thinking twenty to thirty years out when making a major decision is key to making that decision a smart one.  Will that decision always be successful?  Absolutely not, but at least you can see where and why it went wrong.

Recently, I was reading in Billboard Magazine that the government is in the process of making changes to the copyright laws for music.  One of the topics that are up for discussion is if FM/ AM radio stations should have to pay royalities to play music on the radio.  As I read this, I thought this could potentially bring in another revenue stream for the artists and record labels from the continuing declining music sales, but couldn’t it also hurt the artists and record companies long term?

Record labels and artists usually do some type of radio tour to promote music that they have coming out.  During those radio promotional tours the radio stations will be playing said music all week in preparation for the artist to be in the studio.  This not only promotes to listeners throughout the day to tune in on said day that the artist will be in the studio, but it gives the labels and artists a continuing roll of publicity throughout the week.  Will the radio station be charged for playing the artist’s music during the promotional week to gain listeners?  If the station is charged with a fee every time the artist’s song is played during that week what incentive does the radio station have to play their music instead of just doing a verbal promotional plug?  This could decrease the amount of air time artists could be receiving during a heavy promotional time when labels are pushing fans to buy tickets for tour dates.

The independent promotors (i.e. the indies) who are paid by the labels to get station managers to add particular artists to their playlists could increase their fees.  In turn the station mangers who make arrangements with the indies could request a higher annual sum to play said artists.  I know it’s illegal for stations to accept money to play music, but I’m talking about the promotional support the stations are given by the indies such as gift cards, give away money, and trips to utilize for game prizes on the station.

Finally, four companies own 62% of the top 40 market (according to musicbiz.com).  This could create more wide spread playlists so the radio stations wouldn’t half to pay as much in royalties to one artist or one label, which could create a greater chance for more artists to get radio play time.  This could change the top 40 game since radio is key factor in getting music heard by the general public.  I know what the generation Z is going to say “who listens to the radio when we have iPods, streaming, and YouTube?”  Those adults that sit in traffic going to work still listen to the radio, or the millennial generation who have their favorite talk show hosts that have introduced them to new music since the late 90s such as Ryan Seacrest and Elvis Duran.  What about people who listen to stations for the give aways?  Radio stations have power to get music heard around the world through promotional tools.

I think the royalties would be great as another revenue sources for the artists, but I also think it is a double edge sword.  It could cause increases in fees for not only the labels which in turn could affect what the artists actually receive, as well as increase fee requests from the indies and station managers.  What do you think?  Is this potential change a catch 22 for the artists and the labels, or is it a partial solution to the decreasing sale revenue?