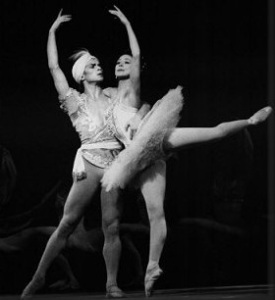 Being a dancer, I am always curious about what ballets people have seen.  I usually get one of two answers – “We saw Swan Lake” or “We saw the Nutcracker.”  I am not knocking these two ballets because the Nutcracker is where a lot of ballet companies make over half of their revenue for the fiscal year, but there is more to ballet than Swan Lake and The Nutcracker.

Firstly, there are multiple versions of different types of ballets even the Nutcracker and Swan Lake have multiple versions where choreographers have reworked sections or took out certain parts and did a revamp of the piece.  For example, Swan Lake has been reworked in not only the ballet world, but in contemporary dance.  In 1995 at the Sadler’s Well Theatre in London, choreographer Matthew Bourne had all the traditional female parts danced by men.  At the New York City Ballet, George Balanchine turned Swan Lake into a one act version with a corps of black swans infusing the old story with a whole new heartbreak.  Finally, Swedish dancer/ choreographer Fredrik Rydman created a modern day version where the swans are heroin addicts and prostitutes who are controlled by a pimp.  If you are going to go to a classic check a version that can broaden your mind.

There are so many other ballets that have graced the world.  As anyone who has read my blog I am partial to the New York City Ballet, but like I am telling you to broaden your mind, I am going to spotlight other companies that have done great work.  There are old ballets from the depths of history going back to the late 18th century that companies have revive or are on rotation in there repertoire.  In the 2014/2015 season, American Ballet Theatre (ABT) had La Bayadère in rotation.  A ballet that was considered a classic in Russia, but it wasn’t until Rudolf Nureyev staged it for the Royal Ballet with Margot Fonteyn as Nikiya in 1963 that it really took hold in Western Europe or the United States.  Then again, how can you not like everything Margot Fonetyn is in?  She is considered one of the greatest classical ballerinas of all time.  I digress, La Bayadère is a love square that ultimately turns to hate, revenge, and murder.  Exciting right?  For those of you living or visiting France, this ballet is in the upcoming season of the Paris Opera Ballet.

If you have studied the history of dance, you know the Rite of Spring.  This ballet is pretty well known in the dance world as being a huge controversy.  It was scandal back in the day, and now is considered one of the greatest ballets and mysteries in the world.  There are pieces of the ballet that were never archived.  Pages missing of the choreography.  Pages that other choreographers have interpreted based on the rest of the piece.  Stravinsky’s musical score and Nijinsky’s choreography started a near riot in the audience in 1913.  But Isn’t that what art is suppose to do?  It’s suppose to invoke some kind of feeling?  Whether it’s comedic, like in La Fille Mal Gardée or just breathing in the beauty like in a story-less Jewels.

It’s not just the stories or the choreography that invokes those feelings; it is the dancers.  The dancers brings the audience into their world; into their circle.  When you are watching ballet, a great dancer will leave you in tear and breathless at the end whether you are suppose to be or not.  Remember you don’t have to have a clue what a ballet is about.  All you need to do is open you eyes and let each dancer in. Don’t be afraid to take a jump and see something other than Swan Lake or The Nutcracker – the dancers will surprise, inspire, and invoke something in you that you never thought possible.

Join 431 other followers
Follow Dancing In Tune on WordPress.com