We are a society that thrives on nostalgia; from our parents and friends saying “when I was younger…” before starting a really long story, to try to reproduce a television show, a movie, or a book that was already successful. We think if we stick to the past, what was once popular will be again. There is an old saying, “You can never go back.” When we try to recreate something it will never be and never is what it was.

Director Ari Sandel’s newest release Goosebumps 2: Hunted Halloween follows Sonny and Sam on their middle school adventures where they meet a mischievous dummy named Slappy. Slappy wants to be apart of a family, but when he doesn’t get what he wants he overruns the town with monsters, kidnaps Sonny’s mom, and creates a whole lot of trouble for the boys.

Being obsessed with these books as a kid and watching the show every week (and the reruns) on ABC Family, the attempt of this movie holds a special place in my heart, but the storyline was overreaching. The character Slappy never really wanted to be apart of anything. He wanted to control it. The writers Rob Lieber and Darren Lemke changed what made Slappy so terrifying. It almost made you feel bad for him because he just wanted to belong and when he got rejected I was half rooting for this conniving little puppet to reek havoc on everyone. You’re not supposed to root for the villain, but hey we all have opinions when watching a movie.

Goosebumps 2 is great for young kids. Gives them a little bit of scary during Halloween without terrifying them, and may even get them to read more! Before there was J.K Rowlings and Harry Potter, there was R.L. Stine and Goosebumps. Introduce the kids you know to the magical mind of the author R.L. Stine in his dozens of short books on situations that will make you want to scream and not be in the dark alone. Thank you, Stine, for making me a paranoid child and a very aware adult walking through dark parking lots.  The millennial generation appreciates your guidance.

My mom’s favorite line when she hears the rap music my brother listens to is, “there is a reason why rap rhymes with crap.” Of course then my brother defends rap music by saying you don’t understand that there is a lot of poetry and deep lyrical thought behind the verses, then of course my mom’s rebuttal is “I still don’t like it.” I’m sure all of you out there have had this disagreement with your parents where they don’t understand why you like the music you like, but what I don’t understand is where did this music elitism stem from? Is it just the love that generations have for the time they grew up in? Is it because they had kids and didn’t really keep up with new genres that were coming up because they were driving kids to baseball practice and dance classes? Or is it because as a kid and a teenager, music speaks to you at a level when you feel like no one understands you?

I still haven’t quite figured out the answer to this question, but what I do know is that new genres and styles of music stem from the past, so why doesn’t everyone like all genres like me?  To continue with the rap music lineage, it is based around storytelling, which is the basis of every music genre in existence. Taking it one step further, this type of music is tied to other styles such as jazz, rhythm and blues, and gospel music. It is tied to the rich history of the streets of New York City and ultimately became a way of expression for the African American and Latino communities in the 1980s. Rap music started off being spoken instead of sung with strong beats, an intense rhythm, and ability to develop strong lyrics if the rapper is truly talented.

Now, I know what the baby boomer generation is thinking especially my mother – “it’s still crap.” In many cases, just like any genre, if you listen to one artists and you don’t like their music it turns you off to the entire style. TuPac is one of the greatest rappers to ever exist. His song Dear Mama is something that hits you deep in the gut when you are listening to it. It brings you back to various points of time in his life, regrets he’s had from his choices, and gives you an image to develop characters in a story like you are reading a book. My brother is obsessed with Eminem. I think Eminem is another artist who has come out of this genre strong. His songs connect to his life, and gives an insight to what he has gone through. This gives listeners the ability to feel like they are understood and connect on a more personal level. For example, Eminem’s Lose Yourself says,

“Look, if you had, one shot, or one opportunity
To seize everything you ever wanted. In one moment
Would you capture it, or just let it slip?”

How can this music be crap?  Parents, teenagers, and kids I encourage you to give one another’s generational music a chance.  Classical isn’t boring, rap isn’t crap, and pop music isn’t sub par to the rest of the styles out there.  The next time someone comes to you with new music figure out why they like it, ask questions, and develop some insight on where it came from.  History might surprise you. 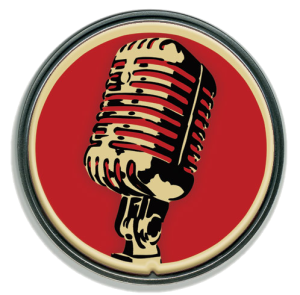 All I hear from society is how my generation (the millennials) are the entitled type, technology obsessed, and selfish crazed kids of today.  I swear I had another life before being born in 1986 because everyone I have had experiences with from personal to professional has never believed my age starting from the time I was 20 to now.  I have been told I have an old soul, which means I’m mature for my age.  I am sure some of my friends would disagree with that statement considering I find shows that are meant for eleven year olds funny.  So, take me back to the 1950s where fine-knit sweaters, full skirts, and sling-back pumps were the fashion and the start of Rock n’ Roll and Doo-Wop music were coming into trend.

Meghan Trainor and Kevin Kadish have brought a twist with Trainor’s recently released pop album “Title” where each song is infused with multiple harmonies and simple instrumentation for that Doo-Wop sound, bringing all music lovers back to the life of American Bandstand, Drive-Ins, and the fearlessness of dancing in public.  Trainor’s track “Dear Future Husband” reminds me of “Runaround Sue” by Dion.  Granted “Runaround Sue” came out in 1961 and was done solo without The Belmonts, but Dion and the Belmonts started releasing Doo-Wop music in the late 1950s which included hits such as “A Teenager in Love” (1959) and “I Wonder Why” (1958).  I digress.  From the start of “Dear Future Husband” and “Runaround Sue” each song begins with a slow rhythm and begins to pick up tempo as the stage is set with the logistics of the storyline.  In Trainor’s case a man who will become her one and only and in Dion’s case a woman who he thought was his one and only.  I know ironic, but isn’t most Doo-Wop kind of ironic?  Think about it.  There is Frankie Lymon and the Teenagers “Why Do Fools Fall in Love” (1956) or The Monotones “Book of Love” (1958).  All the Doo-Wop hits are about falling in love or broken love.  Again ironic considering they are different ends of the spectrum.

What makes Doo-Wop music so great and alluring?  Is it the smooth sound of a voice breaking through multiple harmonies?  The light and simple instrumentation keeping the beat in the background?  Is it the lyrics that are presented with emotion and passion?  I think Trainor and Kadish have brought back a sound that is heartfelt and has been missing from music for the last forty years.  Kadish, I applaud you for finally finding an artist that understood your vision on bringing back Doo-Wop.  So, is the millennial generation still bad?  Possibly.  But at least we can say we have one thing in common with the baby-boomers.  Doo-Wop is back!  The next time your parents tell you that the music today is crap just turn on Meghan Trainor.  I am sure they will fall in love (just as the world has) with her old-school classic vibrato, witty lyrics, and harmonized style.  Bring on the Doo-Wop.